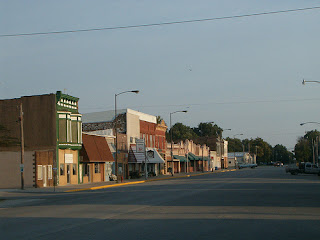 We haven't been, of course. John and I both grew up in the Kansas City suburb area...he in Oak Grove; me in Grain Valley. After we married we got a house in Blue Springs and that is where we lived until coming here. It was in that house that our home-education adventure began with our five-older children (I can't believe we've been at this for 22+ years now!) and it was while living in that house that our youngest son was born. We came here when he was just 9-months-old.

The Lord first planted the idea of moving to Liberal many years before we actually did so. It was amazing how many people we met and were in contact with that had ties to Liberal long before we had ever even seen the community...two pastor friends, a family that we attended church with, and, eventually, some of our own family members moved up from Arkansas...and what town did they land in? "Some little town in southwest Missouri by the name of Liberal." What??? There it was again! (It was when we were invited to a wedding some time later that we were finally introduced to the town in person for the first time). But the idea of moving there? That didn't happen until a year or so later.

It was in the summer of 1990 that John first mentioned the idea of moving to Liberal someday. For what? He didn't know. It was in 1992 that the Lord really began dealing with both of us. Over the next three years we stayed in the Word and did the work of the Lord wherever and however He opened doors...we passed out tracts, taught Sunday school, my husband served on the church board, and I had a card and letter ministry.

As time went on the Lord really began to deal with my husband about starting a ministry in Liberal, and by the spring of 1995 we knew that's where we were headed. It took us about a year to get everything ready, and during that time the Lord, literally, put us through a five-month preparation crash-course.

Due to high taxes and everything building up around them, my parents and their next-door neighbors had been toying with the idea of moving out Jackson County for years. When they knew for certain that we were going to do this, they decided that now was the time. They, too, were moving.  My mom is gone now, but she and my dad have always been very supportive of our decision to come here and of John's ministry. In fact, they came on ahead of us and had been here several months when we arrived. The neighbor man passed away before the move was made, but his widow came with us when we came (our family is the only 'family' that she has). She is still with us today and lives across the street from my dad.

Anyway, as of today we've been here 15 years. In many ways, especially spiritually and financially, these 15 years have been the hardest, and continue to be the hardest, that we've ever had, but, in many other ways, they have been wonderful! We've been blessed with so many good friends and experiences along the way, and our family has increased by leaps and bounds (two sons-in-law, three daughters-in-law, and nine grandchildren with a tenth on the way)...and, let me tell you...there's nothing like life on the tall-grass prairie! Beautiful sunsets, a sea of grasses dotted with thousands of prairie wildflowers, meadowlarks, prairie chickens, and scissor-tailed flycatchers, prairie crayfish, and a hundred or more head of bison at Prairie State Park. This is, indeed, a unique ecosystem that few people on God's green earth get to enjoy on a daily basis, and it is one of the things I love most about living here.

Well, once again, my post is getting away from me. My intention was to pay simple acknowledgement of our 15th-year-in-Liberal anniversary. As with everything else I'm getting off into three different directions at once, so I will close by saying...

"Thank You, Lord! Thank You for being with us...for leading us into, and bringing us through...these past 15 years. Bless all those who have been a part of this adventure with us. Grant us mercy and grace, as well as peace, wisdom, and direction in the days ahead. In Jesus' name...Amen!"


"For ye see your calling, brethren, how that not many wise men after the flesh, not many mighty, not many noble, are called: But God hath chosen the foolish things of the world to confound the wise; and God hath chosen the weak things of the world to confound the things which are not..."
(1 Corinthians 1:26-27).
"God doesn't call the equipped; He equips the called." ~Unknown
Posted by Rebecca Knox at 2:07 PM

I value your readership and love reading your comments! Please leave one today so that I know you were here! Have a wonderful day and God bless you! 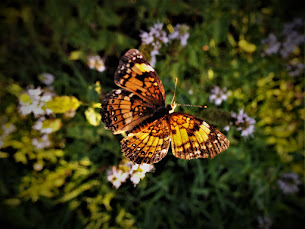 "What you see depends on what you're looking for."
~Author Unknown

"Who can find a virtuous woman? for her price is far above rubies" (Proverbs 31:10).

"The heart of her husband doth safely trust in her, so that he shall have no need of spoil. She will do him good and not evil all the days of her life" (Proverbs 31:11-12).